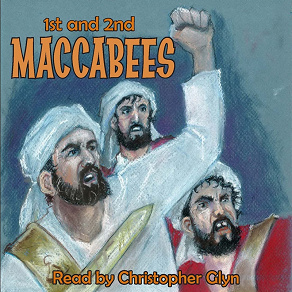 1st and 2nd Book of Maccabees

by Unknown
The setting of 1st and 2nd Maccabees is about a century and a half after the conquest of Judea by the Greeks under Alexander the Great. It tells how the Greek ruler Antiochus IV Epiphanes attempted to suppress the Jewish religion, resulting in the Maccabean Revolt from 175 to 134 BCE. Originally included in the King James Bible, 1st and 2nd Maccabees is a thrilling historical account of the guerrilla warfare in which, with God's help, the Maccabean brothers, Judas, Jonathan and Simon were empowered to win extraordinary victories against vastly superior armies and restore an independent Jewish kingdom and religion. British narrator, Christopher Glyn, brings these epic stories to life with an inspired and professional reading.

British narrator Christopher Glyn, who draws on 35 years experience as a Christian narrator and broadcaster to bring you this expressive reading which captures the beauty and power of God's Word and makes the King James English clear and easy to understand.
Listen to sample
Log in to borrow