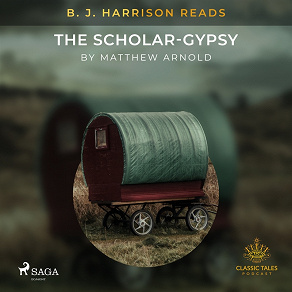 B. J. Harrison Reads The Scholar-Gypsy

by Matthew Arnold
An impoverished Oxford scholar decides to quit his studies and joins a group of gipsies. He absorbs their customs, trades and traditional way of learning. He learns that wisdom is not only to be found in schools and universities. It is among us and it is up to us to open our eyes to it. Matthew Arnold’s "The Scholar Gipsy" reminds us of this.

Matthew Arnold was an English poet who lived in the period 1822-1888. His works depict the social issues of his time and therefore he was often called a sage writer. He was well aware of his place in poetry as he wrote to his mother that his poems "represent, on the whole, the main movement of mind of the last quarter of a century". Matthew Arnold’s most significant works are "Culture and Anarchy", a work of criticism, "Empedocles of Etna" and "The Scholar Gipsy". Matthew Arnold is considered to be one of the three major poets of the Victorian era, along with Tennyson and Browning.