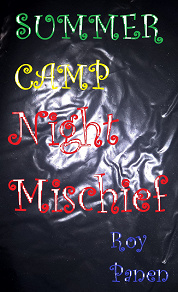 The camp has a problem with a fourteen-year-old boy, Adrian.

He has a criminal past, including robbery and aggravated assault. And for more than a year, he has been admitted to a youth home.

He is not allowed to sleep on the camp, as two younger boys whisper and laugh. This irritates Adrian, who soon explodes.

A little night mischief, as revenge against Adrian, triggers his anger even more.

He mischiefs back, in the form of revenge, but fails. This triggers his anger. And now he wants revenge, preferably on the whole camp.

He soon gets the chance to give back, in the form of revenge, but then makes a poor little ten-year-old boy, Viktor, a victim.

In the middle of the night, he forces him to climb high in a tree.

It’s hard to understand how someone can be so emotionally cold. And his anger with cruelty has catastrophic consequences.